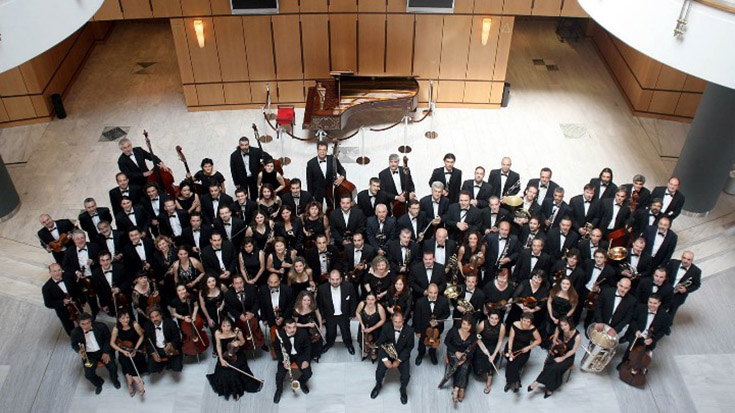 The Thessaloniki State Symphony Orchestra is one of the most important cultural organizations in Greece. The orchestra’s extensive repertoire includes works from the baroque to the avant-garde.

The TSSO was founded in 1959, by the Greek composer Solon Michaelides. In 1966 it became a state orchestra. Many important Greek musicians became directors of the TSSO. First in line was its founder, followed by Georgios Thymis, Alkis Baltas, Karolos Trikolidis, Kosmas Galileas, Konstantinos Patsalides, Leonidas Kavakos, Mikis Michaelides, Myron Michailidis, Alexandre Myrat and Georgios Vranos. Today the TSSO numbers approximately one hundred and ten musicians and its current artistic director is Zoi Tsokanou, the first woman in this position.

Apart from the weekly performances of symphonic music in concerts, the TSSO covers a wide range of artistic activities performing opera, ballet, music for silent films etc. Moreover, the orchestra has engaged itself in a number of educational programs designed for children, young people and families, promoting its goal of molding the future audience of music-lovers.

One of the basic aims of the T.S.S.O. is to promote the Greek musical heritage, giving many Greek and world premieres. Accordingly, the orchestra is interested in promoting young artists, many of which are renowned in the Greek and international music scene. A pioneering artistic institution of Greece, the T.S.S.O. records for international labels, such as BIS, NAXOS, EMI Classics and Feelgood Records.

The list of Greek and foreign conductors and soloists who have collaborated with the TSSO includes a significant number of famous artists. Every year the orchestra tours the entire country, giving particular emphasis in visits to cities of Northern Greece.In recent years, the TSSO has also appeared internationally at Cyprus, Marseille, Valencia, Beijing, Prague, Florence, Pistoia, Berlin, Strasbourg, Clermont-Ferrand and Munich.