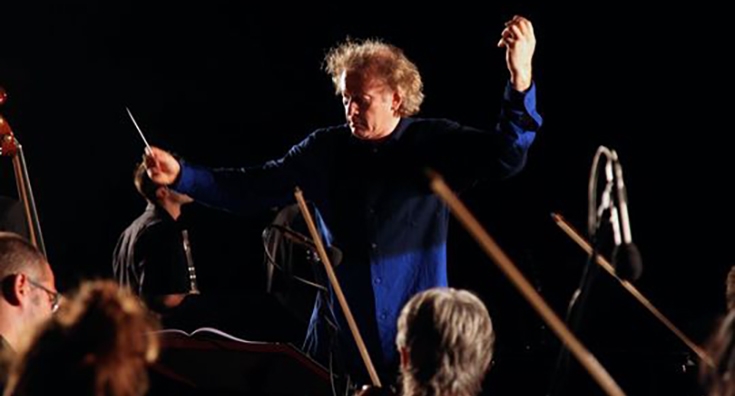 After initial studies at the Royal Conservatory of his native Brussels, Michael Guttman graduated from the Juilliard School, where he was a pupil of Dorothy Delay, Felix Galimir and the Juilliard Quartet. Following the example of his mentor, the late Isaac Stern, he worked closely with Israeli composers including Noam Sheriff, a collaboration that resulted in an album with the London Philharmonic, celebrating three generations of music-making. Further ground-breaking recordings of 20th-century violin concertos with the LPO, the Royal Philharmonic and the Philharmonia Orchestra have been broadcast by the BBC in 110 countries. Performing live as a soloist and recitalist, Michael Guttman appeared in major concert halls and at numerous international festivals on three continents. A well-known advocate of contemporary and cross-over music, he underwent creative partnerships with the American composers Lukas Foss, David Amram and Philip Glass (this resulting in the world-premiere of the “Double Concerto for violin and cello” with the Hong Kong Philharmonic in 2012, and an invitation by Carnegie Hall to the “Spring Festival of American Orchestras” in 2014).

Michael Guttman is the Musical director of the Brussels Chamber Orchestra, leader of the acclaimed Arriaga String Quartet and of the Michael Guttman Tango Quartet, as well as Music Director of “Pietrasanta in Concerto”, the internationally-renowned music festival in Tuscany. The Belgian Government honoured his efforts for contemporary Belgian music with the “Trophée Fuga”.