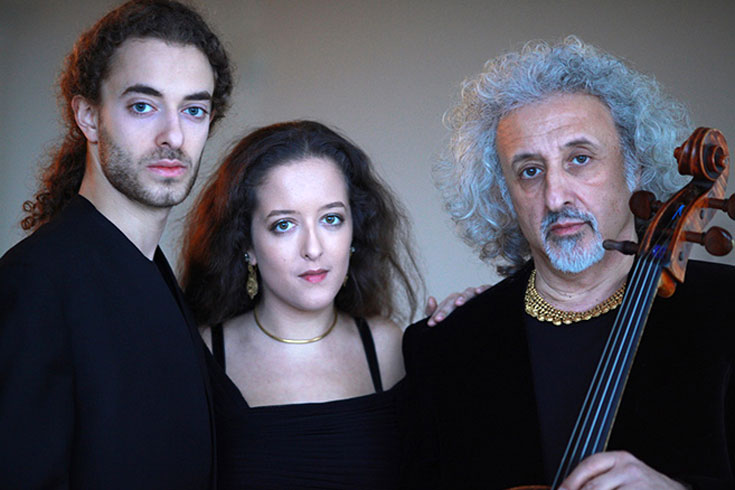 has the distinction of being the only cellist in the world to have studied with both Mstislav Rostropovich and Gregor Piatigorsky.
Rostropovich has lauded Mischa Maisky as "... one of the most outstanding talents of the younger generation of cellists. His playing combines poetry and exquisite delicacy with great temperament and brilliant technique."

Born in Latvia, educated in Russia, after his repatriation to Israel, Mischa Maisky has been enthusiastically received in London, Paris, Berlin, Vienna, New York and Tokyo, along with the rest of the major music centres.

He considers himself as a citizen of the world: „I’m playing an Italian cello, with French and German bows, Austrian and German strings, my 6 children were born in 4 different countries, my second wife is half Sri Lankan – half Italian, I’m driving a Japanese car, wear a Swiss watch and I feel at home everywhere where people appreciate and enjoy classical music.“

As an exclusive Deutsche Grammophon artist for more than 30 years he made well over 35 recordings with such orchestras as Vienna, Israel and Berlin Philharmonic, London Symphony,  Orchestre de Paris, Orpheus und Chamber Orchestra of Europe and others.
His latest recording „Adagietto“ released in August 2018 is a very personal album recorded with his pianist daughter Lily and features bonus live recordings with Martha Argerich, Janine Jansen, Julian Rachlin and his violinist son Sascha Maisky. Included is a multi-track arrangement of Mahler’s Adagietto from his 5th Symphony with Mischa playing all parts (except the part for harp), a project the cellist has dreamt of for many years.

One of the highlights in his career was the year 2000 - it was mainly devoted to a world-wide Bach tour which included over 100 concerts! In order to express his deep admiration for this great composer, Mischa Maisky has recorded Bach's Solo Suites three times and there is a new Video recording with Unitel/NHK planned in September 2018.

Another highlight was certainly his trio performance in Carnegie Hall with Itzhak Perlman and Evgeny Kissin in December 2015.

Lily Maisky was born in Paris, moving to Brussels soon after. She began playing the piano at the age of four, with Lyl Tiempo, also studying with Hagit Kerbel, Ilana Davids and Alan Weiss. Lily was a pupil at the “Purcell School of Music” from 2001 till 2005 where she also studied jazz piano. She has received master classes and musical advice from renowned artists including Martha Argerich, Dmitri Bashkirov, Joseph Kalichstein, Pavel Gililov and Vitalij Margulis to name a few.

Sascha Maisky was born in Brussels and began his violinistic studies at the age of three. His early professors include Leonid Kerbel, Leon Souroujon, Igor Oistrakh and Evgueny Grach. Having completed his studies in England with honors, Sascha moved to Vienna where his Professor was Boris Kuschnir.

Sascha performs regularly in prestigious venues such as the Berlin Philharmonie, Elbphilharmonie, Köln Philharmonie, Tonhalle Zürich, and Musikverein Wien, as well as at the Verbier and Lugano Festivals alongside artists such as Martha Argerich, Julian Rachlin, Janine Jansen and Yuri Bashmet. Sascha has also performs in Trio with his father Mischa and sister Lily, often performing Beethoven’s Triple Concerto.