Hortus Musicus chimes through the times
Such an age is phenomenal for a chamber ensemble and Hortus is the oldest constantly active early music group in Europe. 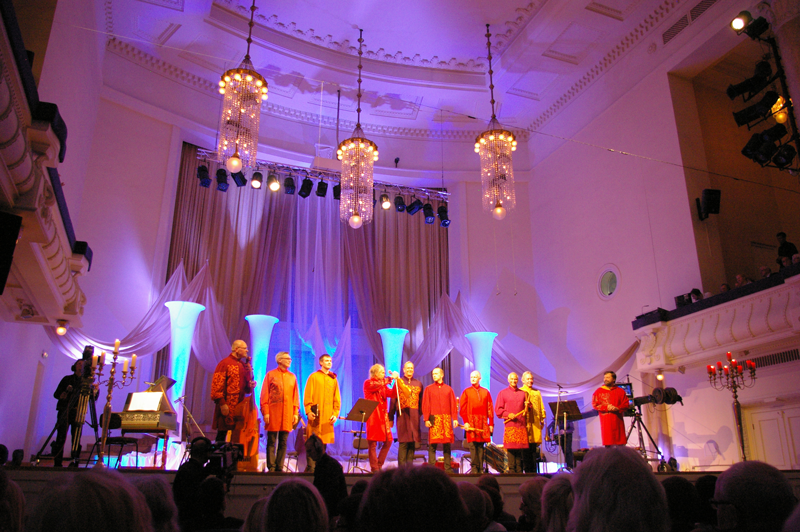 It is impossible to directly classify the ensemble. Although based on academic education, the group, created in 1972 under the leadership of Andres Mustonen, a fervent dissenter, immediately found their own music, which had been practiced very rarely in the then Soviet Union but also in the rest of Europe. It was the early music that corresponded to the energetic wish of the young people to discover something unprecedented.

During their long history, Hortus Musicus have passed through the entire musical history of Europe from the Gregorian choral to the great Baroque composers of the 18th century. A list of the repertoire of Hortus would be very long. It would be easier to say that there is no genre or period in European early music that has not appeared in the programmes of the ensemble throughout the 35 years.

The secret of the longevity of Hortus Musicus is hidden in their approach of uncompromised creativity, and the title ‘early music ensemble’ only concerns the musical material. The music itself is reborn with every rehearsal and presentation, the “old” music becoming “own” and “new”. It is natural that already in the very beginning a good understanding was established with many other musical dissenters in Estonia and Russia. For instance, the strikingly minimalist tintinnabuli-style works of Arvo Pärt were performed at the end of the 1970s exactly in cooperation with Hortus Musicus. Later on, composers like Giya Kantsheli, Aleksander Knaifel, Lepo Sumera, Erkki-Sven Tüür, Galina Grigoryeva and several others have written and dedicated music for the ensemble.

The restless artistic nature and inexhaustible energy of Andres Mustonen, the charismatic leader and conductor of the ensemble, has as a natural course of events taken him in front of the great orchestras of Europe, this process continuing with increasing speed. As a fiery creative person he has managed to cross the line between academic and alternative (early music, jazz, rock, folk) ways of making music. A real musician knows no boundaries.

The actions of "Hortus Musicus" have been displayed in three films: "Centuries in Stone and Music", "Jug on the Spring", "Garden of Music" and in several TV-programs.

The activities of Hortus Musicus have always been accompanied by a thirst for harmony, love, beauty and life in any kind of music. Therefore, the repertoire of the ensemble has naturally expanded across times and countries.

Andres MUSTONEN is a highly individual Estonian-born violinist and conductor. With everything he does, he expresses his original outlook and musical cognition, be it conducting symphonies by Mahler and Shostakovich or the Vienna classics. His activities as conductor follow the curves of the music history. The core of his repertoire is made of oratorios, passions and dramatic symphonic works. He is strikingly active in performing compositions by his contemporary composers with whom he feels a profound creative relation, like Gubaidulina, Penderecki, Kancheli, Silvestrov, Knaifel, Tüür, Pärt, and Terterjan.

With passion and dedication has Mustonen moved in music and felt its waves carrying him high. He got his musical education at Tallinn Academy of Music, but his progress is music has been anything but academic and conventional. As a young schoolboy, he was fanatically dealing with the avant-garde music, composing and creating happenings. Then, in the 70s, he turned his interest to the sources of the European Christian tradition, and as a student founded his consort Hortus Musicus. Since then, he has been the artistic leader of this extraordinary group which now performs without frontiers, both in terms of space and time, as its repertoire ranges from Indian, Arab and Jewish traditional music to the most contemporary compositions.

In addition to this, Mustonen likes playing chamber music with his friends and fellows, and has recently created his Art Jazz Quartet. He travels widely from neighbouring Latvia, Russia and Finland to far-away Brazil, Mexico and Israel, and all over Europe to perform with local orchestras, with Hortus Musicus, or as a soloist.